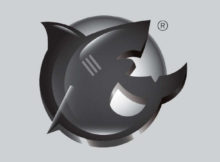 About a year and half ago, I needed a distraction from some of chaos in my personal life and decided to build a FreeNAS storage server to act as an iSCSI target. I started detailing out the build in a couple of posts but then life got in the way and I never finished the entire series. The whole project started when I found 2TB SAS drives being clearanced out dirt cheap by a seller on Amazon. With the 2TB drives ordered I started building a system around it.

The full system build is detailed out here, so I won’t go into in depth detail about all the parts, but the short version is. I built a Dual E5 Xeon Intel Server System with 10GBE connectivity to run FreeNAS. This system is equivalent to the Supermicro systems iXSystems sells to run TrueNAS (the paid for version of FreeNAS). I didn’t a buy a bunch of desktop parts and threw them together and expect it to work as a server. I built a Server to act as a Server, and for full disclosure I use to work for the 2nd Largest whitebox system builder in the county. I know the ins and outs of supermicro and Intel Server systems. I have also personally built over 60,000 computers in my career so before I go into my complaints about FreeNAS I want to state that I know the used hardware I bought off ebay is in perfect working condition and the only desktop class part that is installed in the system is the 2 Samsung SSDs. The SSDs were on sale and only used for caching. Also SSDs were never any of the problems I faced in this build. Sorry for the rant/brag I just wanted to elevate any comments like “you don’t know what you’re doing” or “you didn’t build it right.”

Over the 2 years that this system has been in place my biggest issue was stability. In the build I used brand new flash drives but either FreeNAS would hit some weird error and the flash drive would be disconnected or FreeNAS would burn through the all the writes available on the drive and kill it. Over the 2 years I had to rebuild the server in some way 4 times. Which entailed (to be safe) moving all the data off of it to a temporary location and reloading it. I was hoping that version 10 would fix of the issues because of all the press about, but that was so bad that they pull that version and punted the new features to version 11. I attempted to upgrade to version 11 but then I ran into write issues again on the flash drives.

Overall, I was never really impressed by FreeNAS. When everything worked it was fine, the write caching in RAM was nice for iSCSI performance but there was never a point where I was super happy with the solution as a whole. The user experience seemed dated and patched together. The user community treated it as the be all end all for NAS devices. To be honest, for a simple iSCSI target a Synology NAS with SSDs for caching would perform the same, be more stable, use less energy, and be cheaper overall. Personally I have a Synology DS 212j that I bought in 2013 from Microcenter for less then $200 that is more stable then FreeNAS. Unfortunately, that unit is only a 2 bay unit.

So the Next question is what am I going to do now? You mention that Synology is more stable and other features. Unfortunately, the linchpin that I’m under is the one part that started the original project, the heavily discounted 2TB SAS drives. If I were to use Synology then the minimum Synology NAS I would have to purchase to reuse the SAS Drives is a Synology Rackstation RS18017xs+ which is currently on amazon for roughly $6300. The RS18017xs+ is a great unit, at work we have 2 of them in a HA Cluster to hold Veeam Backups. The other Synology option is that I could get a lower unit and buy new SATA hard drives, but that solution is still a $2000-$3000 solution to get 10-16 TBs of usable space in a VMWare environment. And my wife may kill me if I spend $2000-3000 on homelab equipment before I put a deck on our house.

Over this holiday week I borrowed a decommissioned Dell Server from work with enough storage to hold my virtual environment since all my extra drives are tied up in Burstcoin mining currently and moved all the data over to it. While I was in Veeam VMCE certification class earlier this year I got a Intel Xeon E3 based server system with 32 GBs of RAM and a beefy raid card for Free. I used it for the class and then it’s been sitting next to my rack powered off since then. I decided to use the E3 system instead of the original server I used bought for the FreeNAS solution because of the RAID card. The one that is in the system is a HBA card that support JBOD since FreeNAS requires direct drive access to create the ZFS pool. Unfortunately, that HBA only supports RAID 0, 1, or 10 so any option for parity based RAID arrays was an option. Also power usage was a variable. The power usage wasn’t huge for a dual CPU server doing next to nothing most of the time, but in this case 1 E3 Xeon CPU uses way less power then dual E5 Xeons. So that was the decision makers were power usage and RAID abilities.

I installed all 8 SAS Drives in the server, and installed ESXi on it. Then I created a Server 2016 virtual machine and made it an iSCSI target. It is a weird time when I’m saying Windows Server is a better solution then a product that has a big of a following and maturity as FreeNAS. But to be far Microsoft has improved the functionality of Windows Server over the years. Between storage spaces and Storage tiering, A simple Windows iSCSI target can compete with entry level SANs from the major vendors for far less money. Just remember to use sconfig to disable automatic updates ;).

With the number of virtual machines I’m tinkering right now I’ve almost maxed out the RAM in my Cisco Host. Since the CPUs are the same in my Cisco host as the Intel System in the near future I’ll load ESXi on it and make a DRS Cluster. This assumes that I don’t decommission any of those virtual machines. Also give the age of some of the items in my lab and the direction my career is going I’ll probably be designing a Home vSAN lab in a year or 2. So for now I’ll take the simple solution until the bigger solution comes up.

I know choosing Windows Server over FreeNAS is not a popular opinion, but with my experience with FreeNAS and lack of stability to do a basic function of it’s design, ESXi and Windows virtual machine wins. I know there is ways to make a virtual machine of FreeNAS and it may or may not be supported and then their are other design considerations as well.

At the end of the day, some times you just need a screw driver to screw in a screw, not a power drill. Usually I am one of those guys that chooses the power drill any way but in this case, simpler is better.

1 thought on “Why I’m Giving Up on FreeNAS”